Sceptical? Don't knock it 'til you try it! 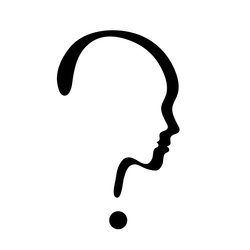 Past lives and Past Life Regression Therapy can be a pretty hard thing to get your head around if you have not experienced regression therapy or had some sort of spiritual awakening, but it is certainly not new or ‘New Age’ therapy.

Well known psychologist, Sigmund Freud, actually experimented with past life therapy. His work of tapping into repressed memories of early childhood, through hypnosis, became the early foundation of regression therapy. However, it wasn’t until the 1960s and 70s that this form of psychotherapy became generally recognised and acceptable.

There are many things that can block our clear understanding of past life therapy and create a barrier to regression work, namely, cultural or religious beliefs, or just beliefs in general!

We may become close-minded to alternate ideas and systems and because information cannot enter a closed mind, nothing new can be learned or gained.  While people’s personal, religious or spiritual beliefs can be powerful, fortunately experience is the most powerful form of knowing.

A past life memory can occur during regression, in a dream, while meditating or even spontaneously in a case of déjà vu! These experiences can be enough to release a closed mind from scepticism, to allow questions to be asked and beliefs to be examined. From experience our knowing becomes clear and our understanding can be immediate. We are accessing our own intuitive power.

Since the birth of my first child, I had experienced a deep sense of fear of my son being kidnapped. This was more than the fear generated from media reports and the empathy I felt for other parents whose children were and are still missing. My fear caused physical symptoms that were not simply an overreaction.

I did not experience similar fear at the thought of my children drowning or dying from cancer or from being killed in a car accident, as devastating as these events would be. I learnt, in short, through a past life regression, that I was the mother of my son in a previous life and he was in fact taken from me.

During this life I was a Cherokee woman, an American Indian, and my son was snatched from me as he lay in a basket  beside me, while I worked in the field. As I watched the scenes unfold I gained an immediate understanding and assimilation of my current life fear. From this understanding I was able to release the fear and guilt associated with this past event.

This is just one small example of Past Life Regression Therapy being able to awaken our consciousness, release difficulties and blocks, and bring our energy field into harmony and balance.