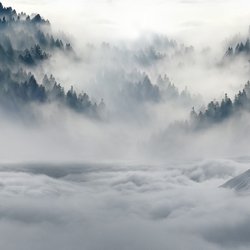 A client I will call Jon presented with no real concerns (that he wanted to discuss anyway), he was simply curious about who and what he was in a past life. He was open minded and ready and willing to allow himself to get into a trance-like state where he could focus solely on what his subconscious was to reveal.

From the initial scene of the past life Jon identified himself as a young man, barefoot and wearing animal skin as clothing. He was a Native South American living in the 1700s.

The significant events that presented throughout this life time started at birth when his mother had died. He was raised, along with his older brother, by his father in an isolated hut at the bottom of a mountain on the fringe of a small village. His father was mostly away hunting and fighting so it was often just him and his brother to fend for themselves.

Further along this life time, his father died during battle and soon after that his brother was ordered to be hung in front of all the villagers for a major wrongdoing, he found himself very much alone. In order to survive he would go far afield hunting and wandering, sometimes in the freezing winter where he would suffer from frostbite because he was too poor to be adequately clothed.

The common thread during the major events that occurred during this life was that he was always left feeling lonely and sad. He died alone and cold after suffering a life of hardship and loneliness without a mother and father and with no partner or family of his own.

While this sounds quite tragic, it is important to note that it is not necessary to review every detail of every life because it is in these emotional events where the trauma is located and the real therapeutic value of PLR exists.

During discussion, where the client analyses the experience and relates it to his or her current life, Jon disclosed that he was in his late 30s and single and did have a fear of always being on his own. We discussed how his deep-rooted fear of being alone originated in this previous life in South America and also how there was no need for him to allow that fear to block love, happiness, a life partner and a family of his own in this life time.

Once the cause of a particular fear or emotion is identified it creates a greater awareness of our limiting thoughts and behaviours and the symptoms of these emotions start to dissolve. When we carry fear we block the very things we most desire. The goal is to attain a state of constant awareness in the present moment.

Jon left feeling grateful for the valuable lesson he had essentially just given himself and with an effortless optimism about his future.

After following up with Jon some months later, he disclosed that he had in fact met a woman and had fallen in love. He had dissolved the fear of being single forever, releasing the blocks in his way and he attracted the very thing he wanted, love!

Past Life Therapy is not just a flight into the past, but a way of using the past to guide the client in the here and now. In the beginning only the symptom is known, in this case ‘fear of being alone’, and the symptom is always based in a trauma from the past, whether it be this life or a past life.

Bringing this back to conscious knowledge causes the symptom to dissolve as the client recognises that this feeling belongs to an event in the past and from this knowing true healing and change occurs.