‘Life Doesn’t Have To Be Hard’ 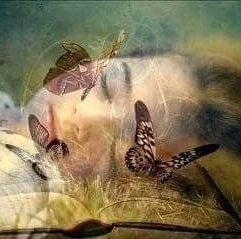 I find every past life regression extremely fascinating, but I had an especially interesting story unfold recently with a client I’ll call Marie. Marie found herself as a young boy, called Marcel, in a village in France during the Middle Ages. She described her home as a one room hut with sparse straw on the ground and with meagre furnishings, only a table and a couple of stools. Other huts were built at random on the surrounding land and there was a real sense of community with the other villagers.

When a past life is induced we explore the first scene in great detail; where they are, what they see and how they are feeling, to bring the client into a focused concentration which also helps to deepen the trance state. The deeper the trance the easier the story unfolds, rolling like a movie.

Marcel had a younger brother and they lived in the hut with their mother and father. Her father farmed the land, but they were very poor and suppressed within the feudal social system of the time. They had very little personal freedom and almost no human rights.

Marie explored the relationship she had with her mother, who she identified as her mother in this life time as well. They had a loving relationship despite the hardship and were very close.

The significant and tragic events that were recalled during this life as Marcel included the death of his little brother due to an outbreak of disease, having to flee their home into the woods when death and destruction came to town as well as the death of his father who was killed during this invasion. What stood out was how stoic Marcel’s mother was during these most tragic of times, she showed such little emotion.

The mother would simply say ‘That’s our lot in life.’ and get on with basic and menial tasks. Marcel was distraught and did not receive the comfort and support he needed at these most desperate times.

Essentially, Marcel was taught that life was painful, it was hard, it was unfair and that’s just the way it was. This perception became a deep rooted belief that carried through and remained as a strong belief during Marie’s current life. She believed life was a struggle and this belief was confirmed in nearly every aspect of her life.

Marie struggled with relationships, with finances, her weight, her self-esteem, her self-confidence, the list went on. Marie continued to believe that life was nothing but pain and suffering and life continued to confirm her belief with endless challenges.

What I found extraordinary during our post-discussion was when Marie revealed that her mother still uses the phrase ‘That’s our lot in life.’ in this current life! Her mother also still had the perception that life is nothing but pain and suffering, but life doesn't always have to be hard. Life has the potential to be full of amazing things; you just have to believe that to be so.

Marie was motivated and determined to turn her life around and she decided to no longer see the world through the eyes of her mother, or the eyes of Marcel. She had the power to choose to renew her belief and instead of focusing on what was wrong in her life started to practice being grateful for everything that was good in her life.

The knowledge and understanding from the root cause of this self-defeating belief freed Marie from continuing to re-create suffering in her life and taught her to instead focus on the good that life has to offer. Things can change for the better and miracles do happen, you first have to believe it!