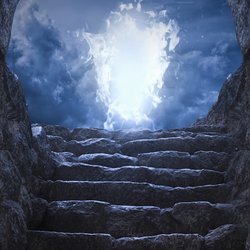 A client, who I will call Amy, presented with anxiety which she had been suffering from for the past 10 years. As she entered a past life she began to describe an old, English castle with vine leaves up the walls. She saw horses and the presence of royalty in what appeared to be of a medieval time. Amy was a young woman and worked as a servant for the King; she was unhappy and wanted to leave.

Around her in the kitchen were other servants and cleaners and an older lady who appeared to be her saving grace. Amy described this older lady, who I will call Jean, as gentle, kind, loving and a protector in an environment that could be cold and cruel.

As Amy explored her relationship with Jean she suddenly, but all-knowingly, recognised this woman to be her Aunty in this life. This kind and loving woman in her past life was in fact her very dear Aunty who had meant a great deal to her and who had passed away four years earlier.

Other relationships and significant events were explored in this life time including an event where Amy found herself amongst a large, contemptuous crowd where the people were sneering and cheering the men who, dressed as knights in their body armour, rode their horses and raised their jousting sticks as they battled to the death. As she watched this scene unfold she described feeling extremely anxious and sad at the absolute disregard for life.

During the next significant event that presented, she again stared into the face of total disregard for life and misplaced honour. She was in her home village when men on horses invaded the town causing everybody to flee. She was running for her life, she couldn’t find her family and she felt anxious and fearful as she ran for the woods. In the next moment she felt the spear of an arrow hit her shoulder and another lodge in her lower back. She fell to the ground, she knew she was dying and she knew she would die alone. She turned around to look at who killed her and while the face was covered in metal the dark eyes were cold and showed no remorse. The destructive killing that was going on around her was all for honour.

It is important to remember that the therapeutic value of PLR lies in the deeply emotional and traumatic events and the experience allows the body to release blocked energy associated with an old trauma. The emotional wounds we carry can be identified by the same emotions experienced in a past life. It is the same for physical wounds. Amy disclosed afterwards that she often experiences sharp pain in her shoulder and lower back that comes and goes without explanation, until now.

While this past life experience enabled Amy to identify the root cause of her anxiety something magical also happened. During the communication with her own spirit, her soul, Amy experienced contact with the spirit of her dearly loved Aunty. This brought a tremendous amount of love and connection to the healing process and Amy felt truly blessed. She had shared a close bond with her Aunty in this life and her Aunty was an important figure for her in this past life, it is no surprise she wanted to make contact with Amy.

It is not uncommon for spirits to visit during the process of Past Life Regression because as you work purely from the subconscious it opens up a channel not only to your own spiritual wisdom, but it enables spiritual contact to occur. A sacred space is created for magic to happen and so it does!