‘A Child’s Memories of a Past Life’ 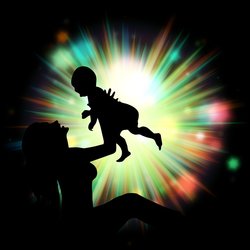 For decades respected doctors, scientists and physicists at the University of Virginia in the United States have been conducting research into young children’s reports of past life memories.

A psychiatry professor, Dr Jim Tucker, undertook a scientific investigation into this phenomenon and his research actually supports the concept of reincarnation.

From his investigation came this story of an American boy who believes he is the reincarnation of his own grandfather.

As reported by Dr Jim Tucker:  John McConnell, a retired New York City policeman working as a security guard, stopped at an electronics store after work one night in 1992. He saw two men robbing the store and pulled out his pistol. Another thief behind a counter began shooting at him. John tried to shoot back, and even after he fell, he got up and shot again. He was hit six times. One of the bullets entered his back and sliced through his left lung, his heart, and the main pulmonary artery, the blood vessel that takes blood from the right side of the heart to the lungs to receive oxygen. He was rushed to the hospital but did not survive.

John had been close to his family and had frequently told one of his daughters, Doreen, ‘No matter what, I’m always going to take care of you.’ Five years after John died Doreen gave birth to a son named William. William began passing out soon after he was born. Doctors diagnosed him with a condition called pulmonary valve atresia, in which the valve of the pulmonary artery has not adequately formed, so blood cannot travel through it to the lungs. In addition, one of the chambers of his heart, the right ventricle, had not formed properly as a result of the problem with the valve. He underwent several surgeries. Although he will need to take medication indefinitely, he has done quite well.

William had birth defects that were very similar to the fatal wounds suffered by his grandfather. In addition, when he became old enough to talk, he began talking about his grandfather’s life. One day when he was three years old, his mother was at home trying to work in her study when William kept acting up. Finally, she told him, ‘Sit down, or I’m going to spank you.’ William replied, ‘Mum, when you were a little girl and I was your daddy, you were bad a lot of times and I never hit you!’

His mother was initially taken aback by this. As William talked more about the life of his grandfather she began to feel comforted by the idea that her father had returned. William talked about being his grandfather a number of times and discussed his death. He told his mother that several people were shooting during the incident when he was killed and he asked a lot of questions about it.

One time, he said to his mother, ‘When you were a little girl and I was your daddy, what was my cat’s name?’ She responded, ‘You mean Maniac?’ ‘No, not that one.’ William answered. ‘The white one.’ ‘Boston?’ his mum asked. ‘Yeah.’ William responded. ‘I used to call him Boss, right?’ That was correct. The family had two cats, named Maniac and Boston and only John referred to the white one as Boss.

One day, Doreen asked William if he remembered anything about the time before he was born. He said that he died on Thursday and went to heaven and also talked to ‘God’. He said, ‘I told God I was ready to come back and I got born on Tuesday.’ Doreen was amazed William mentioned days of the week without prompting. She tested him by saying, ‘So, you were born on a Thursday and died on a Tuesday?’ He quickly responded, ‘No, I died Thursday at night and was born Tuesday in the morning.’ He was correct on both counts – John died on a Thursday and William was born on a Tuesday five years later.

He talked about the period between lives at other times. He told his mother, ‘When you die, you don’t go right to heaven. You go to different levels – here, then here, then here’ as he moved his hands up each time. He said that animals are reborn as well as humans and that the animals he saw in heaven did not bite or scratch.

John had been a practicing Roman Catholic, but he believed in reincarnation and said that he would take care of animals in his next life. His grandson, William, says that he will be an animal doctor and will take care of large animals at a zoo.

The fact we continue to exist after we die may be uncomfortable and unsettling for some, but it can also be comforting for those grieving the loss of a loved one. Life after death is not just wishful thinking, the idea of reincarnation has appealed to many throughout history and continues to do so. Today, people in the world that believe in reincarnation may well outnumber those who don’t.