‘When Loved Ones Return’ 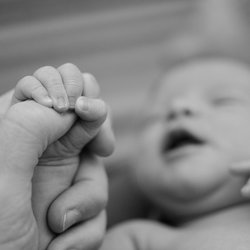 When a loved one dies we suffer a great loss, but commonly take comfort in the belief that we will be reunited with the souls of our deceased loved ones in the spirit world.

However, there is strong evidence of these souls returning to us much sooner, in our current life time in fact!

While our passed over loved ones can connect with us through our dreams or through the aid of a medium or psychic, the actuality of reincarnation means that they can also come back to us as a baby born back into the same family.

Grandfathers return as grandsons, mothers return as daughters and, incredibly, a child who has died young can return to the same mother. Here is a story of a child reborn to his mother, Kathy.

Kathy was sixteen when she gave birth to James who before he was two years old was diagnosed with a cancerous tumour in his left leg. Naturally, Kathy was devastated. As James’ condition deteriorated he required different treatments, including an IV in his right jugular vein that left a linear scar on James’ neck. He also obtained a tumour behind his left eye leaving him blind in that eye and by this time the doctors could do nothing for him, James died at the age of two.

Eventually Kathy was able to move on; she married, had a daughter then divorced and a few years later finally met a man who made her happy. With her new partner she had a baby boy, but because of the deep wound in her heart following James’ death she vowed never to look back or speak of him, it just hurt too much.

When the baby was born she found out she had another son and called him Chad. She also soon learnt that her baby boy was blind in the left eye. On closer inspection she noticed he also had a scar like mark on his neck in the same spot James had had his IV inserted.

The doctor dismissed it as just a birthmark; however it was identical to James’ scar. Kathy quickly checked Chad from head to toe to discover he had a cyst, which turned out to be benign, behind his right ear, exactly where James had tissue removed for a biopsy.

Here were the exact same marks as James.

Following this observation, all of a sudden Kathy instinctively knew that something extraordinary was happening and she instantly knew James had come back to her. A sense of relief washed over her and she immediately felt at peace and no longer felt like something was missing.

When Chad was older he started to talk about his life as James, the house they lived in, his toys etc. Kathy felt overwhelmed at times and it forced her to look at life and death very differently, she could not deny the very real evidence that her son had reincarnated to be her son once again.

Amazingly and wonderfully, souls return to those they love in order to heal from emotional and physical wounds as well as to heal the other person.

The returning soul of James, now in the body of Chad, returned to heal Kathy’s suffering and painful past, but also to heal his own physical ailments that he died with as James.

The bond between reuniting souls is so incredibly powerful and the love they share propels them to new heights along their healing and spiritual journey.

(Kathy’s story was extensively researched and documented at much greater depths by pioneer of reincarnation studies, Carol Bowman.)