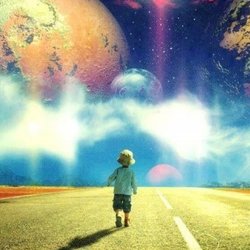 In central Thailand, in 1967, a boy called Chanai was born with two birthmarks, one on the back of his head and one above his left eye. His family didn’t think much of it until the boy was three years old and started talking about his previous life. He said that he had been a school teacher named Bua Kai and he was killed on his way to school. He listed the names of previous family members and spoke of where he lived, begging his grandmother to take him there. Eventually she did, and all of the details he had given were confirmed by his previous family. They told of how five years before Chanai was born Bua Kai had died from being shot. His wife remembered the doctor who examined him explain that the entrance wound was on the back of his head and the smaller wound above his eye was the exit wound. These wounds matched Chanai’s birthmarks.

Another case linking biology and reincarnation is that of a boy from Turkey who his parents called Malik, but when Malik was old enough to talk he insisted he be called Nicep (his name from his previous life). He frequently talked about memories from his previous life, all confirmed to be true when Nicep’s family took him to his previous village when he was 12. Nicep was born with numerous birthmarks on his head, face and torso and a woman in the village confirmed that a man named Nicep Budak, who was her neighbour, was stabbed to death shortly before the child Nicep was born. The University of Virginia’s Professor Ian Stevenson, who was conducting this particular investigation, was able to obtain a copy of Necip Budak’s autopsy report and it was confirmed that Necip’s birthmarks corresponded to the wounds on the report.

The relationship between psychological and physical issues has shown that mental factors can produce change in the body. For example, stress can contribute to illness as it weakens the immune system, recalling a frightening situation can cause the body’s heart rate to increase, it has also been shown that a sense of hopelessness can increase the risk of heart disease and cancer.

Research shows the association between psychological trauma and physical conditions has determined that our eternal mind, our forever existing consciousness, can produce changes in the development of the foetus. These case studies, taken in short from the extensive scientific investigations of Professors Jim Tucker & Ian Stevenson, demonstrate it is possible that a mind carrying traumatic memories can produce birthmarks or even birth defects matching wounds that the mind had experienced in its previous life. The more emotionally traumatic the wound the more likely it will be carried over to the next life.

There have been thousands of investigated and confirmed cases of young children reporting past life memories and the more you learn about this phenomenon the more fascinating it becomes and the harder it is to deny the existence of the eternal soul.